Did you know Lyon is the world’s capital of gastronomy ?

There’s about 1 restaurant for every 294 inhabitants of Lyon (considering there’s about 500 000 inhabitants, that means a great number of restaurants). The Bouchons Lyonnais are the typical restaurants from Lyon which serve local specialties. Many of them are concentrated in the Vieux Lyon (old Lyon). Paul Bocuse, the world famous chef, has also participated in making the city known for its culinary prowess.

Lyon’s cuisine has been influenced by many other as it is located in the east center part of France and has been inspired by the specialties from the south (cooked with a lot of olive oil and vegetables) and those from the north (with lots of butter and cream). Lyon is also close to the Dauphiné region which produces a lot of famous French cheeses such as the Saint-Felicien and Saint Marcelin so you can eat some amazing cheeses here ! You can also find some great wines in Lyon from the Beaujolais and the Rhone Valley such as Saint Joseph, Syrah and Viognier…

Have you ever heard of Quenelles or Andouillettes ? Lyon has its own culinary specialties and here’s a brief description of some of our favorites : 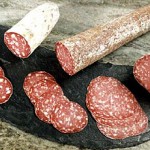 Rosette : dry pork sausage usually cut very thin. It is usually a delicious appetizer or makes a great sandwich in a fresh baguette. 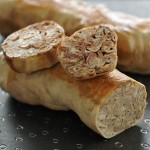 Andouillette : Sausage made with pork’s intestines, pepper, wine and onions. It has a very strong smell as it is sometimes made with the pork’s colon ! 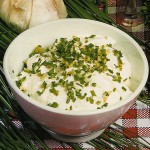 Cervelle de Canut : This specialty is made with fresh cheese, herbs, olive oil, shallots, vinegar, salt and pepper (means brain of the silk workers in French).

Quenelle : Made of flour, egg, salt and water, this football shaped specialty is usually served with a creamed fish or meat sauce. Our favorite is the Nantua sauce made with crawfish, butter, milk and cream ! 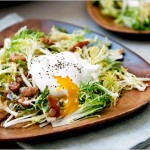 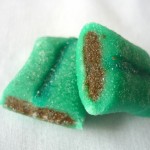 Coussin de Lyon : Made with Chocolat, marzipan (almond) and curacao liqueur, this sweet specialty has the shape of a pillow which is why it is called coussin (pillow in French).

There are many other culinary specialties from Lyon so don’t forget to have a meal in a Bouchon while you’re here !

Leave a reply Click here to cancel the reply