When our team was looking for original guided tours to offer at our desk, we couldn’t find a better occasion to discover Lyon : an old and vintage Solex moped. Arnaud and his colleagues are completely passionated about old motorcycles. In their garage, it is like you are entering a secret place full of treasures : old Vespa, Solex and bikes from the 60’s and 70’s. They can repair any old motorcycles ! Two years and a half ago, they had the excellent idea to open Le Brelon de Lyon in order organize Lyon Guided Tours with old moped and to let people coming in their universe !

One of the most Original Lyon Guided Tours we have never tested !

On this day of July, between two rain showers, the sun came back for 2 hours and we decided to meet Arnaud at 12 o’clock at his garage in La Croix Rousse, one of the most typical and alternative district of Lyon. From the hostel, this is only a 20 minutes bicycle drive. But be carefull, you will have to climb the Croix Rousse hill before arriving ! Here we are, Arnaud welcomed Thibaud, Florent and I with a large smile. Between two cigarettes, he explained during 15 minutes us why he is so passionnated about all these old motorcycles, how he launched that project and what he planed to do in the next months. And in 2 minutes, we are already miles away from Lyon busy city centre. We were transported in a parallele universe, 30 years ago, surrounded by old posters and bikes ! 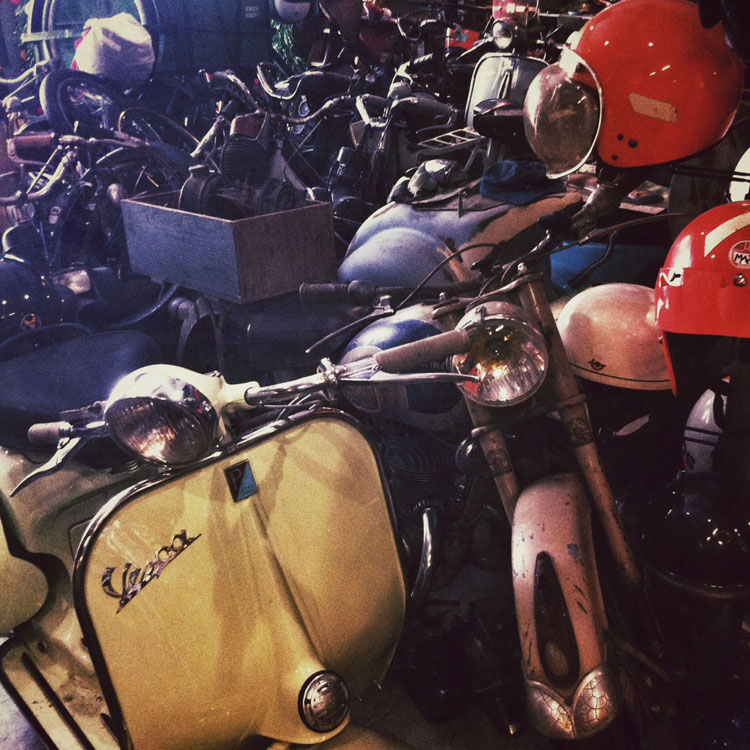 A moped ? Really easy to drive !

But before starting one of the most authentic and original Lyon Guided tours, one small detail : how to start a 40 years old moped ?! The first feeling I had was : “OK, will I be able to start such an old engine and drive this old Solex ?” It looked quite complicated when Arnaud started explaining to us, but a few minutes later, we just had to move and pushed several buttons, start pedaling to launch the motor, and the Solex just started to move like magical in a beautiful and nostalgic noise ! Let’s start the tour ! 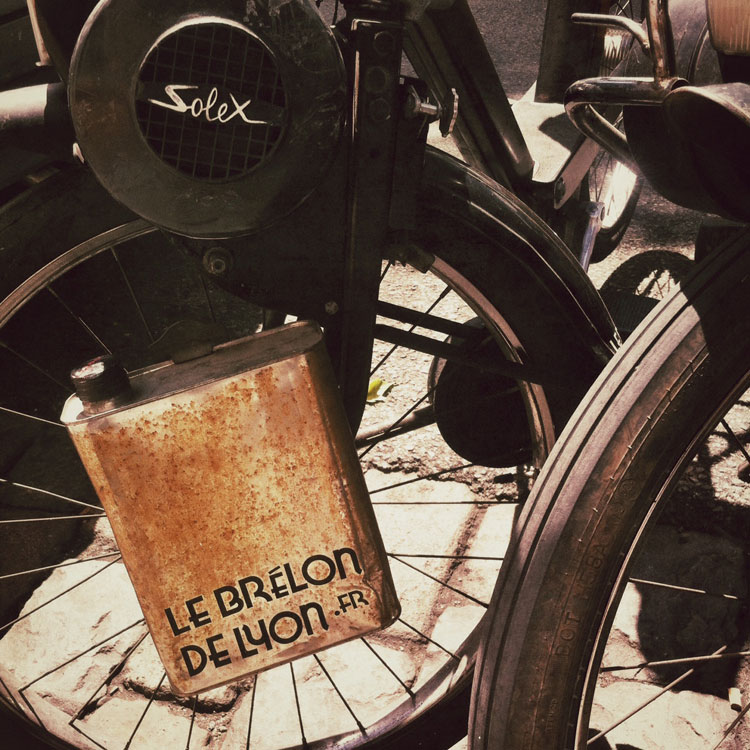 Meet locals and feel the atmosphere of Lyon

Arnaud really knows Lyon and specially La Croix Rousse by heart. He can organize several type of Lyon Guided Tours : from a simple (but maybe a lillte bit short) one hour and a half ride (35 euros) to a 5 hours ride with lunch/beer breaks in typical restaurants run by his local friends in town (80 euros + extras for food a,d beverages). The Solex is a very good way to discover the city and interfere with  locals. A lot of people noticed our group and were very friendly just because we were driving old mopeds ! Arnaud will show you some of the best points of view over Lyon from La Croix Rousse Hill, he will also show you hidden gems, little squares and won’t hesitate to introduce you to the locals. You will also be able to make a break in the beautiful food market located on Croix Rousse main avenue. With the longer guided tours, he will bring you to some of the most famous places of Lyon from the Bellecour Square to the Confluence.

Leave a reply Click here to cancel the reply